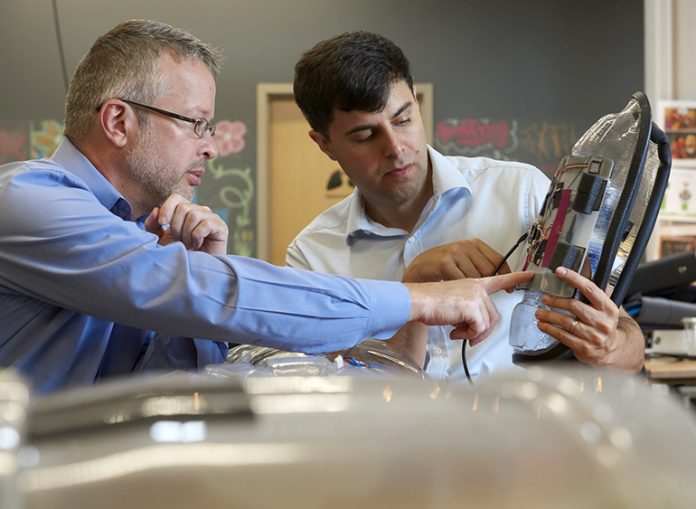 Chronic obstructive pulmonary disease (COPD) has few treatment options, with patients frequently experiencing shortness of breath. To address this most unwelcome symptom of COPD, Dr. Jake Brenner, a critical care physician specializing in pulmonology at Penn State’s Perelman School of Medicine, came up with an idea for a wearable device that may help.

Resembling a bullet-proof vest, Dr. Brenner’s idea is based on the iron lungs that were common in the last century when polio still ravaged much of the world. The basic configuration consists of two shells that hug the patient’s chest and back, and a pump that makes the shells move back and forth to help with breathing. The technology isn’t commercialized yet, but a company called Right Air was created by Dr. Brenner and it has been developing the technology in preparation for unveiling.

Right Air modeled some of the components on currently available ventilators, with rubber sheeting used to create a seal between the device and patient skin. An small attached pump can activate the shells to move toward and away from each other with significant force.

The company has already conducted initial clinical trials of the device and is working toward FDA approval of the product, hopefully leading to quick commercialization.