Researchers at RMIT University in Australia have developed a new 3D printing technique that allows them to create incredibly small and complex biomedical implants. The approach involves printing glue molds that can then be filled with biomaterial filler. Once the mold is dissolved away, the biomaterial structure remains. Excitingly, the technique uses standard 3D printers, such as those now commonly even found in high schools, and PVA glue as a printing material.

Printing tissue replacements is a huge area of research, but teams around the world have struggled to create highly intricate structures that could help to improve the viability of printed implants. Tissues are naturally complex, but so far, 3D-printed biomaterials are somewhat crude in their resolution and intricacy. These researchers realized that printing an inverse shape might be a better approach when aiming to create more complex structures.

“The shapes you can make with a standard 3D printer are constrained by the size of the printing nozzle – the opening needs to be big enough to let material through and ultimately that influences how small you can print,” said Cathal O’Connell, a researcher involved in the study, in an RMIT press release. “But the gaps in between the printed material can be way smaller, and far more intricate. By flipping our thinking, we essentially draw the structure we want in the empty space inside our 3D printed mold. This allows us to create the tiny, complex microstructures where cells will flourish.”

The researchers have called their technique Negative Embodied Sacrificial Template 3D (NEST3D) printing. The printing ink is PVA glue, commonly used by children in crafting projects, and the 3D printer the researchers used is relatively low-spec, which they describe as ‘high school grade’.

“Importantly, our technique is versatile enough to use medical grade materials off-the-shelf,” said O’Connell. “It’s extraordinary to create such complex shapes using a basic ‘high school’ grade 3D printer. That really lowers the bar for entry into the field, and brings us a significant step closer to making tissue engineering a medical reality.”

The printed PVA structures can be dissolved away from the biomaterial core simply by placing them in water. “The advantage of our advanced injection molding technique is its versatility,” said Stephanie Doyle, another researcher involved in the study. “We can produce dozens of trial bioscaffolds in a range of materials – from biodegradable polymers to hydrogels, silicones and ceramics – without the need for rigorous optimization or specialist equipment. We’re able to produce 3D structures that can be just 200 microns across, the width of 4 human hairs, and with complexity that rivals that achievable by light-based fabrication techniques. It could be a massive accelerator for biofabrication and tissue engineering research.”

Check out a time lapse video of the technique: 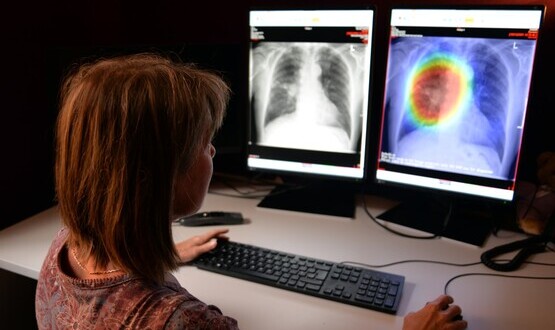 The Vivofit 4 from Garmin is a wearable you’ll actually wear...