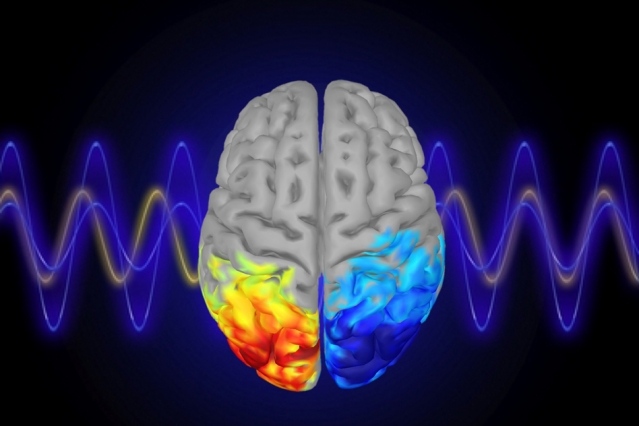 Many people suffer from an inability to focus on tasks that require a great deal of attention. Drugs such as Ritalin are available to help mitigate symptoms of attention-deficit/hyperactivity disorder (ADHD) and related conditions, but these medications come with a number of side effects, including long term dependence.

Now, researchers at MIT have developed a neural feedback technique that may be effective in helping people to generate the types of brainwaves that are beneficial for maximizing attention. The technology used in the study is non-invasive and doesn’t in itself affect the brain in any way. Rather, individuals quickly learn how use the feedback that they’re provided to direct their focus to whatever requires attention at a given time.

Low levels of alpha waves in the brain seem to be related to how people can block out distractions and focus on specific tasks. The MIT researchers wanted to see whether they can influence individuals to generate fewer alpha waves and if doing so will improve those people’s focusing abilities.

The team used a magnetoencephalograph (MEG) to analyze the brain waves of the study participants as they looked at an image of a grating pattern. The volunteers were asked to do their best to see this image at the highest contrast possible. During this process, the levels of alpha waves were compared between the left and right hemispheres of the parietal cortex of the brain and it was noted that the greater the asymmetry, the more focus was paid to the image.

To make this work for the study subjects, the team actually increased the contrast of the image as the participants’ alpha waves calmed down. Interestingly, the participants, not actually knowing what was really going on, naturally lowered their alpha waves levels as the real-time feedback was provided, resulting in greater attention.

Moreover, it seems that the subjects were able to learn how to suppress their alpha waves on their own in to improve their focus, though longer term and larger studies will need to be performed to evaluate the effectiveness of this approach for the long term.

“There’s a lot of interest in using neurofeedback to try to help people with various brain disorders and behavioral problems,” said Robert Desimone, director of MIT’s McGovern Institute for Brain Research and one of the study’s authors. “It’s a completely noninvasive way of controlling and testing the role of different types of brain activity.”

Besides helping healthy people to improve their attention spans, the technology may help those suffering from ADHD, Parkinson’s, and other neurological diseases by giving the patients a tool they can use on their own.

Study in journal Neuron: Alpha Synchrony and the Neurofeedback Control of Spatial Attention