Wet age-related macular degeneration and a number of other eye diseases, including congenital conditions, are related to mutated genes that result in blood vessel abnormalities. These can be treated with gene therapy, but delivering genetic material has proven to be difficult when dealing with large gene sequences that are common in retinal conditions.

Viruses have been the go-to vectors for delivering genes into the eye, but the immune system wants to fight them. Too often this results in poor efficacy on follow-up treatments. Moreover, they are not good at carrying large genetic payloads and there’s also a risk of cancer.

Now, researchers at Johns Hopkins University have devised a way to tightly pack long chains of DNA into nanoparticles and deliver those into the eye. Once inside the cells of the retina, the DNA bundles are released to promote the production of a therapeutic protein without worrying about any viral side-effects.

To make this possible, the team created a novel large polymer molecule to compress the DNA bundles very tightly. This molecule is biodegradable and leaves the eye and the body once its job is done. The compact vessel of the DNA and the polymer is small enough to enter living cells without causing damage.

Initially, the scientists delivered genetic material for a fluorescent protein into the eyes of mice to see whether it gets into the cells and produces the protein. Even months later, the eyes of the mice continued to glow. Once it was confirmed that the approach works and does so for a long time, the researchers delivered a gene that produces a protein (vascular endothelial growth factor (VEGF)) that leads to abnormal blood vessel growth into a group of rats. These animals developed blood-vessel growth similar to that seen in people with wet macular degeneration.

The last experiment was essentially the opposite, delivering gene therapy that generates a protein that deactivates VEGF. This is the same therapy as that already available, but in the form of a nanoparticle that produces long-term effects and doesn’t require frequent eye injections. The results showed that after the nanoparticle injections, the animals had a 60% reduction in abnormal blood vessels compared with the controls, and the effect lasted for over a month.

“These results are extremely promising,” said Jordan Green, Ph.D., professor of biomedical engineering at the Johns Hopkins University School of Medicine, in a press release. “We have the ability to reach the cells most significantly affected by degenerative eye disease with non-viral treatments that can allow the eye to create its own sustained therapies.” 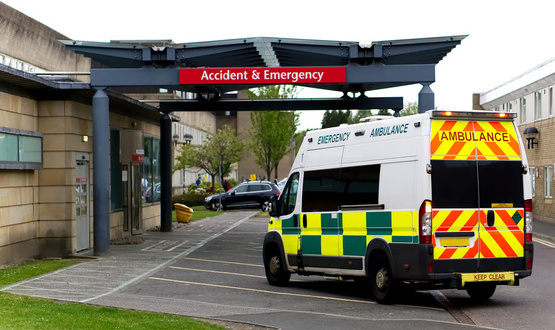 North Focals smartglasses: Everything you need to know