cellvie, a company based in Houston, Texas, is developing a mitochondrial transplantation therapy to help reduce the damage caused by ischemia-reperfusion injury. The treatment involves delivering isolated mitochondria to cells that are affected by ischemia to help mitigate the dysfunctional metabolism that contributes to cell death in that context.

The treatment is designed to improve outcomes after ischemic events, such as myocardial infarcts, and may also help to improve graft function in cases of heart or kidney transplantation. At present, the treatment involves harvesting mitochondria from tissue or cell samples using an automated system and then delivering them in a vector that allows for endocytosis and incorporation by target cells. The company recently won the MedTech Innovator Value Award.

See a short video about the cellvie technology:

Medgadget had the opportunity to talk with Dr. Alexander Schueller, founder and CEO of cellvie, about the company’s technology.

Conn Hastings, Medgadget: What inspired you to get involved with cellvie?

Alexander Schueller, cellvie: Foremost, I was attracted by the potential of mitochondria transplantation as a new treatment modality. When I was introduced to my co-founders and when they shared their progress, not only was I impressed by how far they had come, but I was particularly excited by how far we may be able to go. Dr. McCully had conceived a means to rescue the ischemia-induced failing cell-energy-metabolism by replacement and augmentation of mitochondria. With mitochondria being a common denominator in diseases and age-related degeneration alike, it was and is my hope to spark a movement of cell-derived medicines to rescue mitochondrial function.

In addition to the potential I saw in the therapy, I was attracted by the pedigree of my prospective co-founders. Leaders in their respective fields with a passion for the technology and the impact it may have, I was excited about what we could achieve together.

Medgadget: Please give us an overview of the need for therapies that can preserve ischemic heart muscle.

Alexander Schueller: Ischemia-reperfusion injury is ubiquitous, arising whenever the blood flow to a part of the body is interrupted and subsequently re-introduced. When the blood flow is interrupted, the affected cells no longer receive oxygen. Without oxygen, there is insufficient energy to power cellular functions. Ischemia-reperfusion injury manifests itself in strokes, heart attacks, organ transplantations and during long surgical procedures. What few people know is that ischemia-reperfusion injury is the world’s number one killer. The heart is particularly susceptible to the associated under and oversupply of oxygen – cardiologists like to say minutes are muscle. With about 800,000 heart attacks in the U.S. alone, and 1 out of 3 hearts offered for donation being discarded, there is ample need for a therapy ameliorating the damage of ischemia and reperfusion.

In addition to the ischemic heart, the need is also clear in kidney transplantation, our first target indication. In kidney transplantation, the incidence of delayed graft function, which may be as high as 50%, has been closely tied to ischemia-reperfusion injury. Delayed graft function is not only associated with higher costs of acute care, but more importantly, with long term graft survival. Moreover, ischemic times drive the decisions to use or discard kidneys offered for transplantation, for fear of graft failure. With approximately 100,000 individuals on the waiting list, and with 12 of them dying each day, a therapy ameliorating ischemia-reperfusion injury would go a long way in improving and saving patients’ lives, while reducing the burden to the health care system.

Medgadget: Please give us an overview of the cellvie technology. How does it work, and how was it conceived?

Alexander Schueller: We believe a therapy for treating ischemia-reperfusion injury must be able to address the mitochondria dysfunction, which is induced during ischemia. With the mitochondria disabled, the cell can no longer process oxygen, which is re-introduced during reperfusion into energy, ultimately leading to cell death. Treating select accessories to the disease, such as the excessive calcium accumulation in the cells, has not been successful in ameliorating the damage of ischemia and reperfusion. cellvie’s approach is different from past attempts in that it reinvigorates the failing cell energy metabolism.

The objective of cellvie’s approach is to rescue mitochondria function by the augmentation and replacement of mitochondria, which are damaged during ischemia. Specifically, viable mitochondria are transplanted during reperfusion into the affected cells. Akin to jump-starting a car, the exogenous mitochondria re-invigorate the stunned cells’ energy metabolism, re-enabling them to turn oxygen into energy. It was shown that mitochondria should be freshly isolated to achieve their therapeutic potential. Using cellular or tissue-sources, mitochondria are prepared in an automated system – like a Nespresso machine, mitochondria therapy shall be made available at the press of a button.

Medgadget: How is the mitochondrial therapy delivered to the cells that need it?

Alexander Schueller: A delivery vehicle is employed to maintain and deliver the viable mitochondria to the ischemic region. Suspended in the vehicle, mitochondria may be delivered by direct injection, or by systemic delivery through an organ’s vasculature. Both catheters and standard syringes can be used to enable delivery to the ischemic site, depending on the indication. Once in the affected area, mitochondria are taken up through endocytosis, a process which these organelles maintained across the evolutionary progress.

Medgadget: What stage is the technology currently at? When do you envisage that such technologies will be available commercially?

Alexander Schueller: The science is considerably progressed. With foundational vitro-work as well as small and large animal studies completed, we have a firm understanding of the safety and efficacy, along with knowing how the transplanted mitochondria impact cells. With a first clinical pilot ongoing, we were also able to gain reliable insights on safety and first indications of the technology’s efficacy. From a commercial perspective, we are in the process of freezing the product design and establishing a robust supply chain, before pursuing the pre-clinical work for pivotal experiments in humans. We are aiming to introduce the first product into the market by 2026.

Medgadget: Congratulations on winning the MedTech Innovator Value Award. What do you intend to do with the prize money?

Alexander Schueller: Thank you very much. We are excited for this win, particularly given the strong contenders we faced. Every one of them would have deserved this award. For us, winning underscores the excitement that is building over mitochondria-based therapies in the industry. With the prize money, we intend to finance a piece of laboratory equipment, which we had been eying. 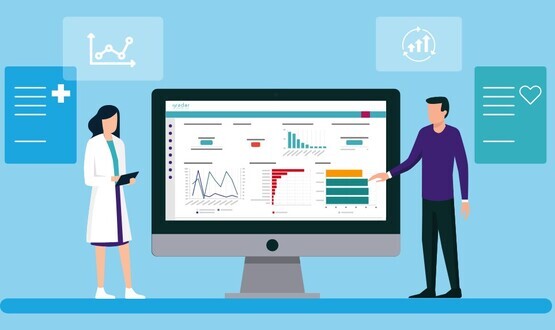 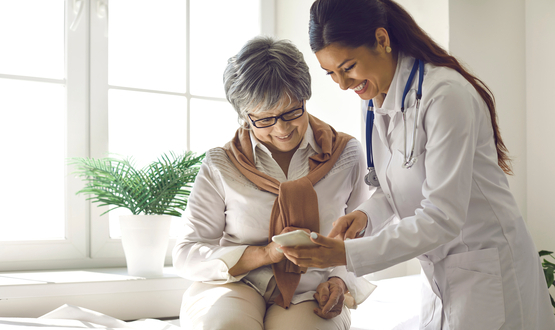