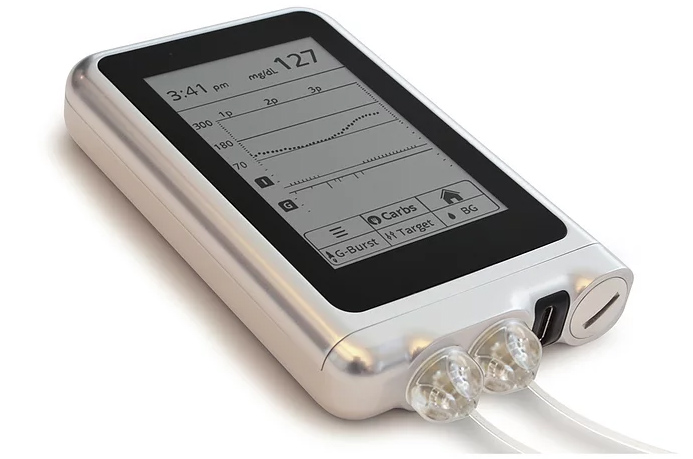 Beta Bionics, a firm based in Boston, MA, won Breakthrough Device designation from the FDA for its iLet Bionic Pancreas System, a wearable designed to automatically control blood-sugar levels. Unlike traditional insulin pumps, the iLet doesn’t need any input from the patient about their dietary intake, insulin delivery rates, nor are bolus doses needed to compensate for meals or to correct abnormal levels.

The iLet remains an investigational device as far as the FDA is concerned, but it has put it on a rapid course toward potential approval, as it may significantly impact how patients with diabetes manage their blood sugar levels.

The device can function as an insulin-only delivery device, a glucagon-only bionic pancreas, or as a bihormonal device that can provide both insulin and glucagon. The glucagon-only option is not beneficial to diabetics, but may be for people suffering from conditions such as congenital hyperinsulinism.

“We believe the iLetBionics Pancreas System represents a true breakthrough therapy for the management of glycemia, particularly in type 1 diabetes,” said Ed Damiano, President and CEO of Beta Bionics. “We are particularly excited by the possibility that the iLet may be able to provide safer and more effective therapy in far more people than current therapies due to its simplicity of use.”

Here’s a Beta Bionics video about the company and its goals:

And here’s a presentation that Dr. Edward Damiano, President and CEO of Beta Bionics, gave at TEDxSacramento a few years ago:

The ‘e-skin’ connected shirt promises to turn your body into a...